Posted on February 15, 2011 by The Importance of Being Cleveland

‘Superbowl/RG’s birthday/An end to a really long, but fun weekend’ was celebrated at Barley House in W.6th. We all know how the game ended (yay Packs!) and now I’m a fan of Aaron Rodgers. Come on, admit it, you are too. He’s legit, great leader, killer arm and he’s not in hot water for his off-field teenage dalliances (eh em, Mark Sanchez). If you’re not convinced, click here to see Aaron’s championship belt celebration – it seals the deal for me. lol.

I think Mr. Rodgers and the Packers are the real deal. Potential dynasty? Not sure I would go that far but contenders year-in and year-out…sure, why not. I think the only true contenders in their division are the Chicago Bears but they never seem to ever have it all together, especially the quarterback situation (i dismiss the Vikings because they are starting from scratch with a new coach and qb), and although the NFC East and South are tough divisions, this should not limit the Packs from getting in the playoffs at least as a wild-card, just like this year. Plus Rodgers only 27 so looks like he’s got a lot of years left; just a little weary about the multiple concussions he’s suffered.

With the clock running to a minute left, I would’ve put money on the Steelers to convert the 4th down and 5. Seems like they always pull through in those situations, especially against out Brownies. But the game ended how it did and all Cleveland fans breathed a huge sigh of relief when time expired.

One of these things...doesn't belong here... 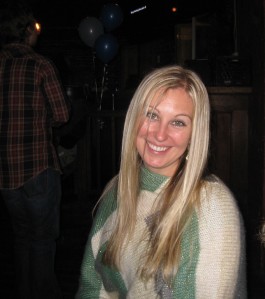 Smile pretty if you threw this party!

Get in the pic Birthday Boy!

Were you here this whole time? / Yes. / Me too! / I'm leaving but let's take a picture together.

And lastly…You’ve Got To Be Kidding Me

And now, the weekend trilogy recap is now complete. Go in peace. 🙂